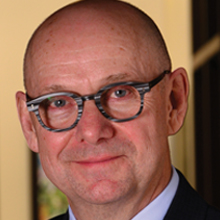 Norm has been semi-retired since June 2011, and works as a Sr. Advisor to the Mosaic Company.

Norm is the former Sr. Vice President, Potash Operations for The Mosaic Company. He is based in Regina, and was a member of the Mosaic senior leadership team. He had overall responsibility for the Potash Business Unit’s (PBU) six mining operations in Canada and the USA. Under Norm’s leadership, the Potash Business Unit launched a $6.0 billion expansion campaign to add in excess of 5 million tonnes of production capacity in the Saskatchewan operations.

In 2002, Norm was named as one of the ten most influential business men in Saskatchewan for his work as a Business Ambassador. In 2005 Norm was honoured with a Centennial Medal from the Government of Saskatchewan.

Norm and his wife Jocelyn Souliere have three children. They contribute to their community by serving on various boards and committees and enjoy golf, the arts, and traveling with their children.