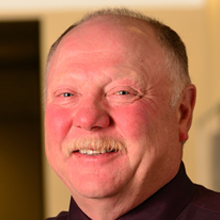 Brian and his wife Sylvia own and operate Baitmasters Hunting Camp, located on the shores of Green Lake. They have been involved as both growers and harvesters in the Wild Rice Industry for the past 30 years.

Community-minded, Hoffart has shared his leadership with a number of organizations and activities, including the local Boy Scouts and minor hockey. His commitment to the community of Green Lake is evident in such roles as volunteer fire chief, which he has served for over 18 years. Hoffart was also on the Board of Directors for the Boreal West Enterprise Region.